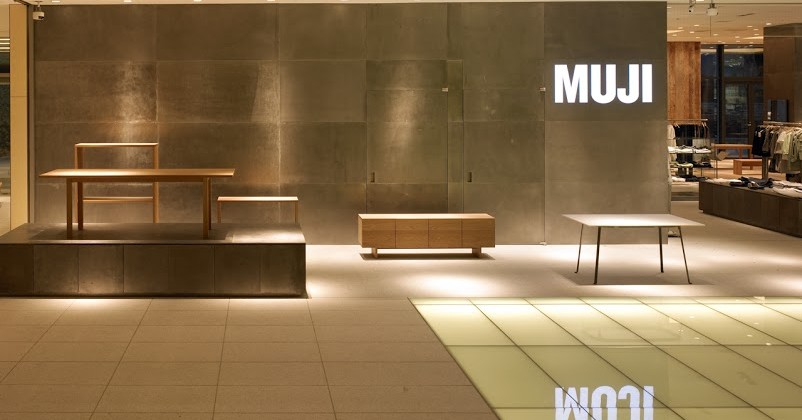 Muji, the Japanese retailer known for selling wares ranging from simple office stationary to prefab homes, has been experiencing unbridled success over the past few years. Unlike other not-as-successful foreign retailers (think Target in Canada), Muji has found a novel way to differentiate themselves from the competition in each of the markets they enter: by staying true and committed to their core philosophy they are, by extension, able to connect with their audiences on a more human level.

You see, the name Muji is short for “Mujirushi Ryohin”, which in Japanese kanji roughly translates to “no branding, quality goods”. The name reflects the philosophy – there’s no market research or advertising, the focus is on the products themselves. And it shows. When you walk into the Muji store in In Soho, you feel less a “consumer” and more a customer.

The difference between the two is crucial. You see, companies spend millions of dollars on market research – qual and quant studies, focus groups, you name it – trying to understand how they can reach their ideal, target “audiences”. Charts are collated, venn diagrams drawn, all to get a clearer focus on You.

But You are human. And often, in planning too much, we can forget about the things that really matter at the end of the day. That the best advertising isn’t so much a heady experiment taking place in isolation, but a very real cultural exchange that taps into the general subconscious. All of this to say – why not communicate in ways that are more fit for human consumption? Why not treat people as customers rather than consumers?

The more processed and homogenized the work, the more filters it must pass through in order to be ready for the ideal “audiences”, the less potency it has on the end viewer. Those endless edits and revisions to make the work perfectly on brand are often the same ones that prevent us from reaching our audiences on a deeper, more emotional level; those knots and complexities that humanized the ideas on first review; the little wrinkles in the copy that gave the work its soul; the slight dissonance in the original edit that made you stop and reflect for a moment.

Take for example two different commercials for one of the most heavily advertised products on Earth – Bud Light. One is very reflective of the category – it is obviously targeted to “Young Men Between the Ages of 18-35”, as you can see from the riffing on shapely women, chainsaws and heavy lifting. The other, and ad by the Perlorian Brothers, instead focuses on a very natural and specific emotion – that strange, irrational, and distinctly human “gut” feeling.

The emotion in the second commercial is something that can’t even be adequately captured on paper, which is part of what makes it so insightful. It’s something that would likely be overlooked in the planning stages. And exactly the kind of thing that makes it stand out in a sea of advertising conformity.

How do You want to be advertised to? Respect the customer and good things will come.