In many cities across the world, there’s an all-night arts festival called Nuit Blanche, where people can view art for free in a variety of outdoor and indoor spaces. Nuit Blanche started in Paris in the early 2000’s and has since spread to numerous cities, the latest being Melbourne Australia, from what I hear. But no Nuit Blanche in the world is larger than Toronto’s, which attracts over 1.2 million people, ranging from inveterate art lovers to drunken university students to disruptive “art provocateurs” who dress up in outlandish costumes, drifting through throngs of children on field trips. It’s an explosion of art and a profusion of different segments of society.

This year, we (Wunderkind) had the pleasure of hosting an exhibit right next to Toronto’s City Hall that was created by Luigi Ferrara, Dean of the Centre for Arts & Design at George Brown College. Luigi is by all known measures a creative genius, someone whose imagination and ingenuity knows no bounds. He designed a geometrically intricate garden of flowers, topiary and muses that represented the ideas of Repose, Renewal and Reimagination — by using 15,000 rolls of toilet paper as his raw material. This paper was provided by one of our clients, Renova, famous for vividly coloured bathroom and facial tissues. 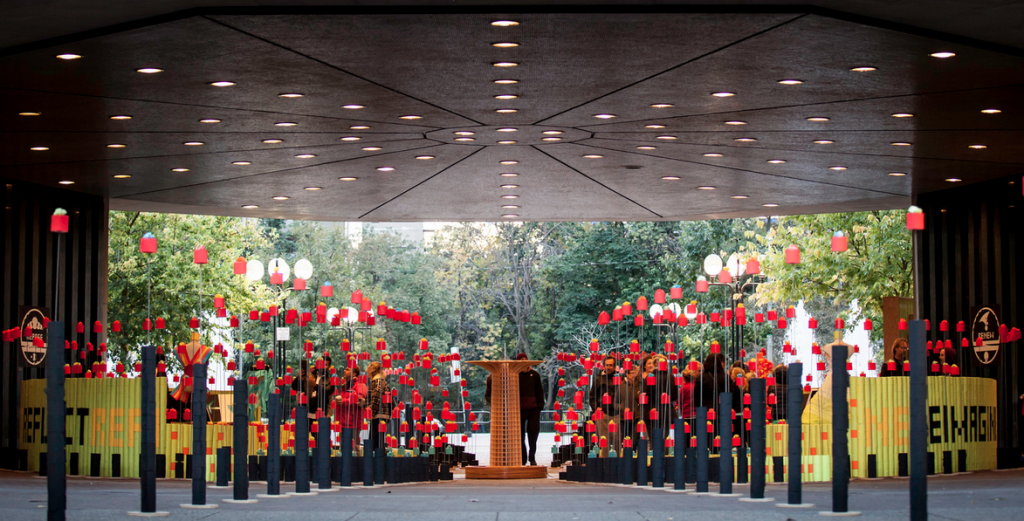 Each muse wore a different dress designed from this toilet paper, one of which made me think of John Galliano in his heyday.

Not satisfied with this sprawling vision, Luigi and his team went a step further and shot video footage of dancers dancing in each of these dresses, and placed the videos in augmented reality, which you could view on iPads provided by the exhibit coordinators. It was as though Andy Warhol and Pina Bausch had produced an unlikely love child. 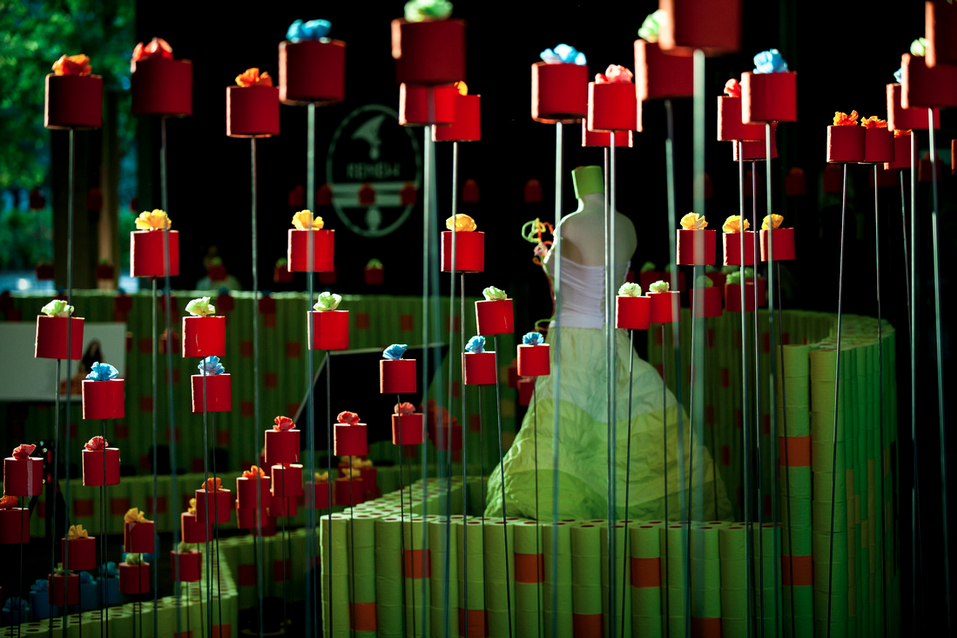 We estimate that between 200,000 and 300,000 people walked through the exhibit and interacted with the art. Paulo, the CEO of Renova, a bit of a raving genius himself, flew over from Portugal to attend the exhibit and witness the crowds touching his product in bemusement, wonderment, and utter fascination. Paulo’s philosophy for his company has been consistently focused on nurturing creativity, not only through his unusual products but by his track record of discovering and commissioning emerging artists who in some cases end up debuting at modest venues such as, say, the Venice Biennale. He takes the intersection of art and commerce quite seriously. And with a sense of humour.

What a singular experience it was to see art, philosophy, manufacturing, branding, and civil society commingle in such a brilliant and original way. The CBC called the installation “one of the top three exhibits at Nuit Blanche”, a must see. It brought new meaning to the Renova tagline we developed in 2013: You’re not in Kansas anymore.