First, what was my motivation for writing this post? I have long been a student of Jeet Kune Do – Bruce Lee’s legacy and concept of martial arts. Rooted in Taoism, his philosophy requires that students study every martial art form and take away only what is useful. In the process, you continually strip away the unnecessary elements of each movement to increase its usefulness and efficiency. Put in Bruce’s words, “It’s not the daily increase but daily decrease. Hack away at the unessential.” To achieve simplicity and thus great work in advertising, I believe we must do the same.

So what’s the difference between simplicity and just simple? Simple can be a design aesthetic, think minimalism. Which is often beautiful, but not always functional. Simplicity would be that minimalism with the inclusion of functionality. Simple could also be an ad that is bare bones, but doesn’t move someone to purchase, it doesn’t communicate well. In other words, perhaps the copy is straightforward, but not emotionally compelling. Perhaps the artwork is easy to decode, but it isn’t pleasing. Perhaps the creators were reaching for simplicity but couldn’t quite get there, and instead landed on simple. Achieving simplicity is hard work.

Let’s look at examples in advertising. Below is an ad from Virgin America. I would label this ad as seemingly simple, but it is not an example of simplicity. There’s no genius idea, and no thought provoking tagline. It’s flat and lacks depth. It doesn’t communicate well and is almost insulting its audience. Why is it important to have “outlets at your seat”? And why would you use them to dry your hair? So few elements in the ad, and yet so confusing. 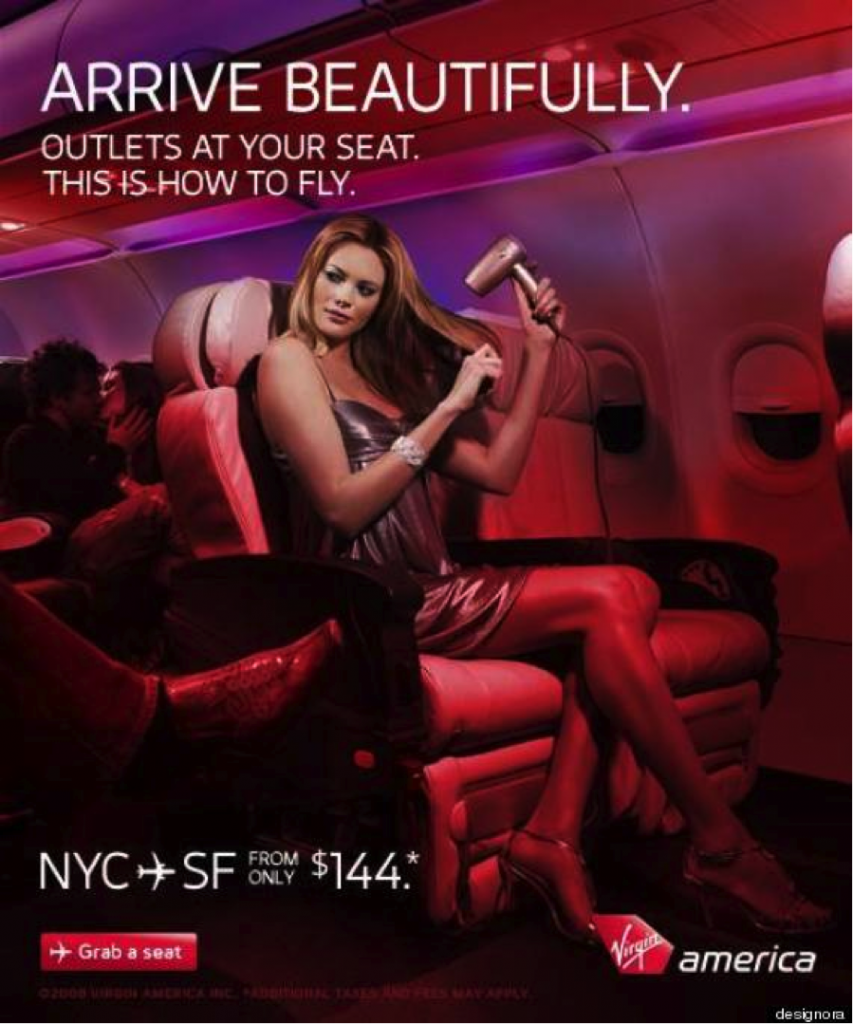 In contrast, below is a print ad from Lego, part of a series done by Brunner back in 2006. It’s an example of great simplicity in advertising. There’s no copy or tagline, the logo use is minimal, but you instantly understand its message – imagination leads to endless possibility with Lego. The message comes across brilliantly to both parents and children.

Although they’ve achieved great simplicity in the ad, guaranteed it was not a simple thing to do. One can imagine the gauntlet of back and forth the creative director and account team must have gone through to get this approved. “Can we make the logo bigger? What about the body copy?” To which someone protecting the work must have said, “that’s not what we recommend” and “the concept is more powerful without it.” It’s difficult to get work approved, both internally and by the client. It’s even more difficult to get great work approved. And great work has an elegant simplicity to it.

Bringing it back to Bruce Lee, “Simplicity is the key to brilliance.” Let’s all strive for simplicity.