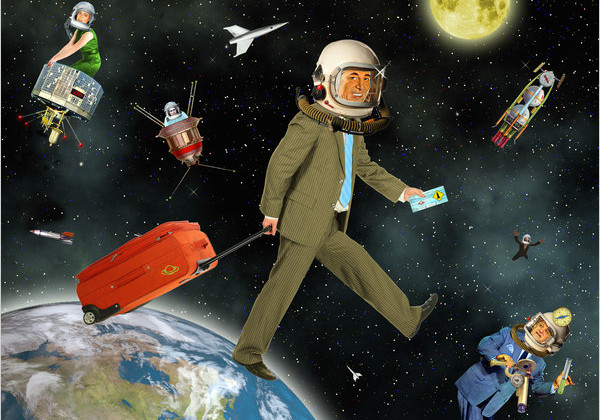 Last week’s post was called “What would you name the sun?” and I promised a part 2. But I think this week’s post should really be called “How would you name the sun?” One of the hallmarks of a good agency is one that has a thoughtful and disciplined process allowing great creativity within a well-defined strategy. In other words, to have a high batting average, you need great technique, not just talent and sheer luck.So let’s use the Sun as an example. Let’s say the Intra-galactic Branding Committee (IBC) approached us and said that it was deemed inappropriate that we refer to our humble home star as “The Sun” or “Solaris” when in fact all the millions of civilizations around the galaxy have their own sun and had the decency to give theirs a unique name.

As well, let’s say they convinced us it would be advantageous for us if we made our solar system a “destination” for tourism and investment from other intelligent species. Imagine as well that a major real estate developer was building a huge mixed-use condo/hotel/retail/resort destination that orbited the sun (with spectacular views through its polarized dome) and they were paying for this branding project.

Our first order of business would be to ensure we have a brand positioning for our sun. As I mentioned in the previous article, our perspective has now broadened beyond our species to include a much larger perspective, so imagine that we conducted some research and held some facilitated strategy sessions at the U.N. and arrived at a positioning that went something like:

For discerning travelers who are seeking escape from chaos and cataclysm, “the Sun” and its solar system offer a serene garden of delights, guaranteed to restore your spirits.

So now that we have a brand positioning, the ideation process can begin. We gather groups of very creative minds from different quarters, many who do not know each other, and run high-speed exercises to get out hundreds, or thousands, of strange and crazy ideas. We bucket them into conceptual categories such as:

And then we’d run a secondary set of ideations, possibly with a different group, to dig deeper and go further.

We would then winnow down the names to the favorites based on criteria, such as:

– Is it on strategy for the brand?
– Is it memorable?
– Does it roll off the tongue easily?
– Does it translate well into other galactic languages?

– Is it ownable in terms of trademark and URLs?

What’s important is that you need 3 kinds of minds as you ideate and narrow down:

1) Copy writers and others who are gifted in language
2) Art directors who can translate a name into a visual language. Some names are graphically unattractive or limited, while others give you endless visual possibilities.
3) Strategists with an anthropological bent who understand, or ascertain, the cultural associations that will be triggered by a name.

You would then select a handful of the very best, that met all criteria, and then prepare a presentation to the real estate developer and a committee of the U.N. Hard to say what would happen after that, but it’s a given that the client and the stakeholders need to love it, so you would probably prepare beautiful mood boards and even apply preliminary designs (identity) to the names, so you’d have a better chance of selling your recommendations.

And then, in the next post in our series, we’ll be imagining the kind of place branding campaign we might develop, to start attracting tenants and tourists to our emerging destination.