I was recently in London, and a friend of mine invited me to his private club in Soho for a drink. I made my way through throngs of people, mostly tourists it seemed, to find the little street where his club is tucked away. I was excited, because I had heard years ago that artists like Annie Lennox and Chris Martin were members of this club, and while I’m not much of a celebrity monger, I did want to know what made the place so appealing to a variety of celebrated artists and entertainers.

When I got there, a cheerful young woman at the front desk greeted me and peered into a very large book, to find my name on the list. She showed me in, and I found my friend at the bar, who looked decidedly glum.

“Are you making disparaging remarks about your fellow members?”

“No, there’s some kind of party going on, but just look at all these tacky people. And they’re walking around with plates of food, stuffing their faces. I was so hoping I could show you what this club is really like.”

Well, poor David got over – eventually. We had a few gin and tonics, and his spirits were lifted as we talked about the erudite things that make him happy.

But this incident made me think about how important it is for premium brands, of all kinds, to be conscious of who is using their products and services. Your most valued customers are discerning who they spend time with, either in a room or in an online community. And David’s chronic snobbery notwithstanding, he perfectly represents the way premium customers feel about managing the ‘company they keep.’

Recently, the Financial Times reported that Louis Vuitton is losing its popularity as a brand in China simply because too many lower-income consumers are sporting the brand, and the affluent are distancing themselves as a result.

Just last week, one of my account guys brought to our attention an even more hilarious blogsphere rumour about LV (or was it coach). Purportedly, Louis Vuitton sent the TV personality Snooki a Gucci bag as a gift, in the hopes that she would wear it publicly and thus devalue their competitor’s brand. Deviously clever. 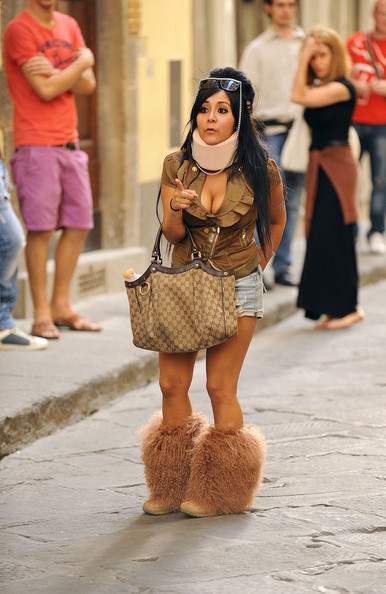 But instead of using unwitting brand assassins like Snooki to erode a competitor’s status, LV and all brands that charge a high premium for their products would do well to manage their licensing and marketing with more care. Along with being highly conscious of who is frequenting their communities and storefronts. Managing the company they keep, helps make them, the company you (the high value customer) want to keep.