I’ve written about the importance of beauty and aesthetics when it comes to advertising, whether it’s a flower advertising its wares to honeybees, or Hermes communicating its aesthetic vision to readers of Vanity Fair.

But today we’re going to talk about poetry. What is poetry? In this context, I define it as two things intertwined: 1) A way of looking at the world that is metaphorical and dimensionalized, not just factual; and 2) A way describing what we see in terms that please the ear and speak to the soul.

In a recent international ad for our premium sparkling wine client Benjamin Bridge, we included a ‘verse’ in the copy, as follows:

And then our French copy writer added this French adaptation

First of all, we weren’t sure whether the client would go for this client of lyrical approach. Second, it was entirely ‘unnecessary’ to include French copy, as this ad was going into the Japanese and U.S. markets. But we thought that it was poetically Canadian to go bilingual, and the French copy, in my opinion, improved upon the original English.

To our great delight, the client loved this copy approach and approved the work. This fall, it will withstand the test of the market by appearing in various publications and sites around the world.

Some famous, and less self-serving, examples of poetry in advertising:

THEY TORE EUROPE TO SHREDS,
BUT THEY COULDN’T EVEN ASSEMBLE A PORK.

During the Second World War, Czech riders
dismantled their bikes and hid them
amongst household objects
so they wouldn’t be confiscated and used
to continue fueling the Nazi war machine.
These ‘parted out’ bikes became symbols of hope
that one day freedom would prevail
and they could be put back together
to reclaim their rightful home
—the open road. 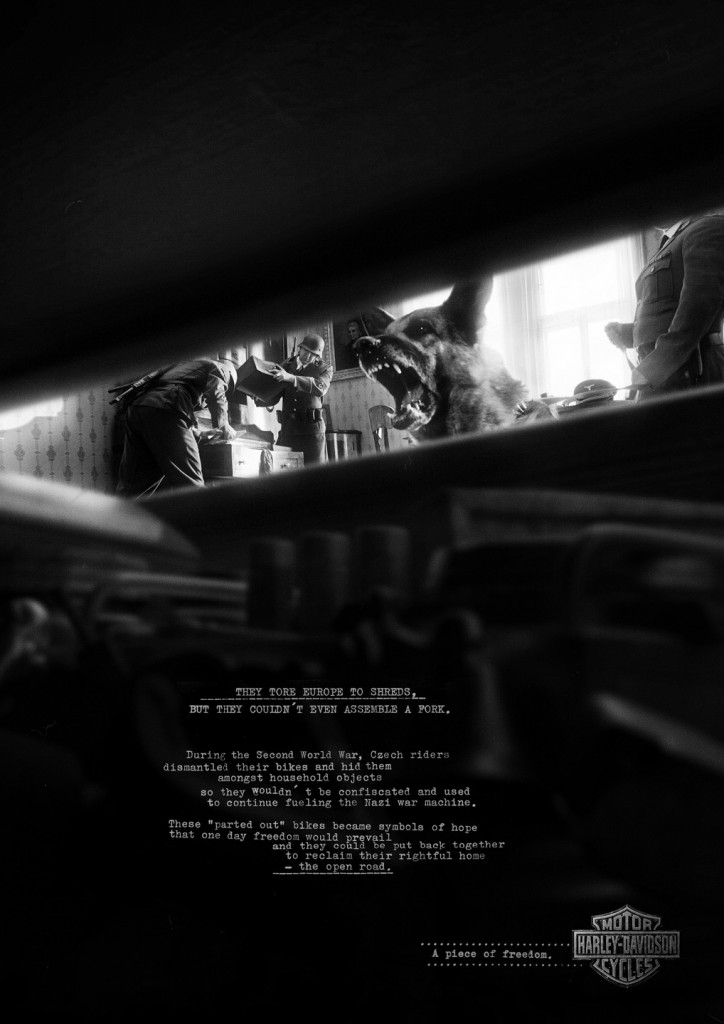