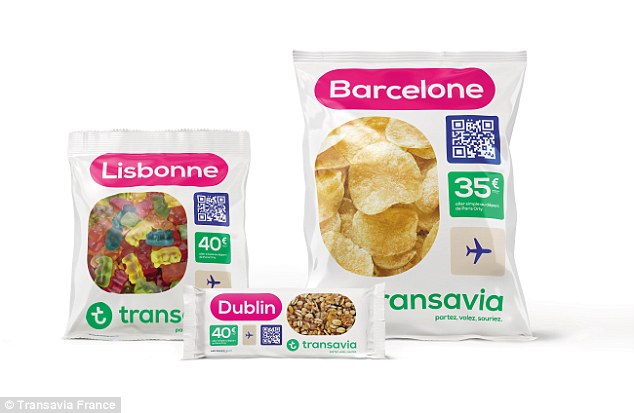 A few weeks ago, my partner, Wahn Yoon, was invited to participate at Innovation Day 2016 in Toronto. He spoke about what 21st Century Consumers look for in brands. One of the other speakers was Chris Barth, strategist at Contagious Magazine. Chris was presenting some of the most creative commercial campaigns/innovations around the world over the past 12 months. One of the campaigns was from the travel industry, and it was profound.

Transavia is Air France-KLM’s low cost airline and has been struggling to attract new customers.

1. How to compete online in the high traffic world of low cost airline promotions.

2. How to change the perception that an airline ticket is an expensive purchase.

Transavia’s Solutions: Go offline, and sell tickets where no airline ticket has been sold before: the supermarket and vending machines. Transavia developed a new form of airline ticket by producing a line of snacks, from potato chips to sweets, and selling them in grocery stores. See the case study here. Printed on the snack packaging would be a particular low cost flight, with Transavia branding, price, destination, and a QR code. Once someone purchased a bag for the cost of a regular snack, they could scan the QR code found on the bag, and then purchase tickets to Lisbon, Dublin or Barcelona anywhere between €4 -€35 directly on their smartphone.

This innovative approach changed the way people thought about airline flights, re-contextualizing the purchase to be less expensive than perceived, and transforming it into an impulse purchase.

And finally, Transavia challenged tradition and discovered a new media channel which no airline competitor had attempted before, walking down the grocery aisle.