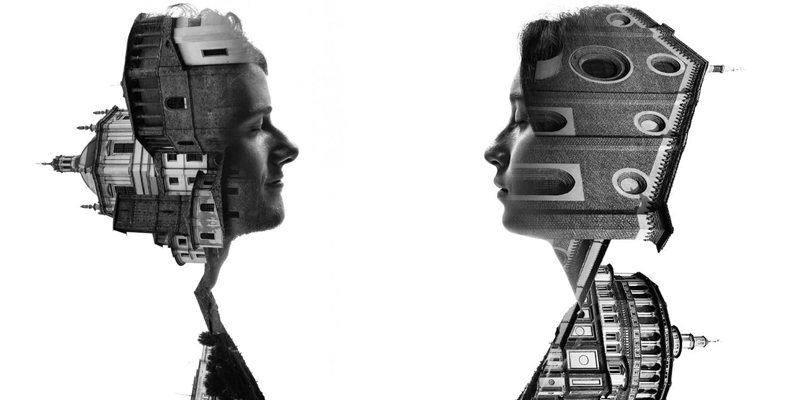 Have you ever come across someone who has great talent but doesn’t seem to have the passion for using it?

I’m sure a few of you are nodding your heads in agreement, thinking of an old colleague or friend.

I, on the other hand, encountered the exact opposite of this type last week while taking part in a charrette hosted by George Brown College. For those new to the word –a charrette is an intensive design and brainstorming session that typically lasts 3-4 days, and is now used by many architects to elicit community input into design. These symposiums can be quite taxing and demanding, but more often than not, you are left pleasantly surprised with what a small group of people can achieve in such a short period of time.

Without going into much detail, my group was tasked with designing and building an interactive presentation platform for a global technology company.  The outcome would allow them to dynamically exhibit their extensive portfolio on a massive interactive wall. And after a strenuous two weeks, we were able to create a stunning (and working) prototype, which the client was extremely pleased with.

One of the key assets included in this project was a 3D model of a city, created by a teammate and friend of mine, Felipe. Felipe is an experiential designer, in addition to being an absolute savant when it comes 3D modeling. The 3D city he rendered for this project was so intricate and incredible, that it would make any urban developer drool. But the most amazing part was Felipe created it in less than a day. When I said to him, “You didn’t have to do all this! We could have just shown three of these buildings and the client would have been happy,“ he replied with “nah man, I just love doing it.”

Felipe’s response, although short and a tad blasé, revealed an important truth to me. There are two types of designers or rather craftsmen in this world.

The first are those who have the skill and talent to tackle most challenges, but who put in only enough effort to produce acceptable and sometimes appealing work. These people might have short-lived success with their “phone it in” approach, but overwhelming commitment and attention to detail are the hallmarks of true accomplishment. Talent alone is not enough.

Then there are the true craftsmen who love the process as much as they love the result. Their work is not only technically sound and downright gorgeous, but also has a certain something you can’t quite put your finger on. And it’s found in every inch of their work.  It pulls you in, revealing more depth and meaning with every glance.  This is what Felipe and every true craftsman/woman live by, perhaps without even realizing it.

Brand(s) are the lifeblood of a company. They are built through great design, great service and a commitment to excellence at every touch point in the client interaction. They deserve the best of us, delivered with dedication and the utmost skill. Craftsmanship isn’t only for designers; anyone charged with representing and/or communicating a brand essence should live by this philosophy.

So look for the technical chops, but never forget the passion. Real craftsmen exist in every walk of life and they make the difference.