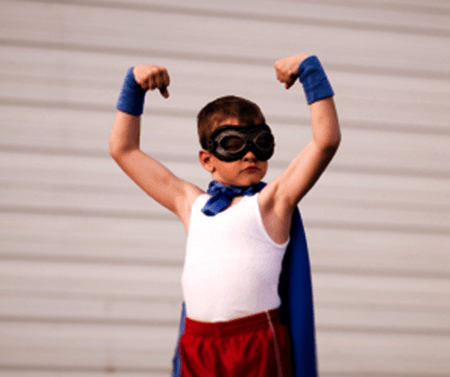 In a landmark study, Carol Dweck and her team studied the entire population of 10th graders in Chile. The study found that across all socio-economic backgrounds, students who believed they could develop their intelligence, performed significantly higher than those who thought intelligence was fixed. And in the poorest communities, students who practiced a growth mindset, performed as well as their counterparts from much wealthier backgrounds.

In other words, mindset is the key differentiator.

It’s an obvious fact that in advertising, creative problem solving is at the heart of the profession. Nearly every day, we are presented with challenges that require insight and ingenuity.

Just the other day, as we were going into a major TV shoot costing hundreds of thousands of dollars, we learned that the script we thought had been approved was denied at the last minute by regulators. This happened just as we were heading into the Labour Day weekend, when no businesses are open and we couldn’t reach all the necessary players. This could have led to a disaster, or at the very least to pandemonium and panic.

Instead, the team went into creative mode, gathering on calls and working through emails, brainstorming different approaches that would be a clever use of television and be on brand, while addressing the many, complex concerns of regulators and the client team. We described this as “threading multiple needles while driving a car at 90 miles an hour.”

I’m happy to say that after many hairpin turns, we threaded the needles effectively, had an excellent and enjoyable shoot, went immediately into editing at high speed, came up with innovative new ways to deliver the TV commercial, and gained final approval. Phew! Relief.

But more important than relief, was the satisfaction that we had accomplished the nearly impossible in record time, by working as a team. A team that included clients, creative team, producers, account managers, strategists, directors, and editors. In a fixed mindset, where setbacks and criticism are met with opposition and negative emotion, we would have gone into paralysis. Or started fighting amongst ourselves. But instead, to my great delight, everyone took the hit as an opportunity to be more inventive, and inventive they were.

I tell you this story as a hot-off-the-press, real life example of growth mindset in action. Obsessing about “success”, “failure”, winning awards, seeking praise – was not our friend. The attitude of “what can we learn from this?” and “how can we solve this creatively?” was our most important ally.

So, rather than praising “talent” and calling certain people “brilliant” and “smart”, wouldn’t it be better to adopt a growth mindset, where we seek challenges, develop our people, learn from mistakes, embrace so-called “failure”, and ultimately experience the unparalleled satisfaction of inspiring our own growth?

And just because she’s so fabulous, another interview with Carol Dweck: