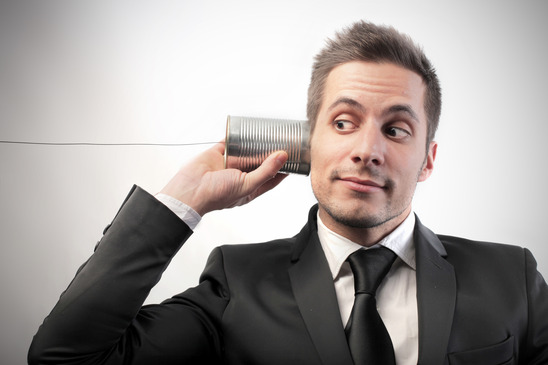 Julian Treasure, in his famous TED talk on “How to speak so that people want to listen”, opens with the following statement:

The human voice: It’s the instrument we all play. It’s the most powerful sound in the world, probably. It’s the only one that can start a war or say “I love you.” And yet many people have the experience that when they speak, people don’t listen to them. And why is that? How can we speak powerfully to make change in the world?

First of all, he had me at hello with that opening. And he then gives us many pearls of wisdom in this remarkable 10-minute talk on how to use your speaking voice intelligently and successfully.  You can hear his talk here:

But I’d like to take this notion a step further, into figurative territory that’s relevant to advertising. Not that we don’t use our speaking voices in advertising quite a bit in presentations and talks, but I want to talk about a brand’s voice and how we can “speak into people’s listening”.

“Speaking into people’s listening.” That beautiful expression says so much in four words. It implies that one is not only listening, but also hearing accurately what the audience is truly wanting. It implies an understanding of what the audience is inherently receptive to, and speaking only into that space. Here is a sensational piece of video content from Volvo, which hit every relevant button in the target audience squarely on the head:

The brand promise of Volvo, as everyone knows, is about Safety. Volvo effectively owns that space. And the claim from the Volvo FMX truckis about being “the toughest truck we’ve ever built.” Using four-year-old Sophie to drive the truck from a safe distance, is hilarious and thrilling, and it combines “safety” and “toughness” in the most brilliant way. Volvo’s voice speaks into people’s listening when they communicate like this. And who doesn’t have a four-year-old inside them who is just like Sophie? I sure do.

Compare this to the average bank ad, or just about any car ad at the cinema, and pretty much every political campaign ad you’ve ever seen. They’re almost never speaking into our listening, and seem to be relying on huge media buys to carpet bomb our minds.

You can tell when you see an ad or a campaign that is presumably aimed at you as a target audience, whether the advertiser (and their agency) are speaking into your listening. Are they indicating an understanding of what keeps you up at night or what inspires you or what is a simple but frequent problem in your life to which you could use a solution? Do they know what you think is funny? What you genuinely find moving? Or are they simply telling you things they want you to know, but you don’t care to hear?